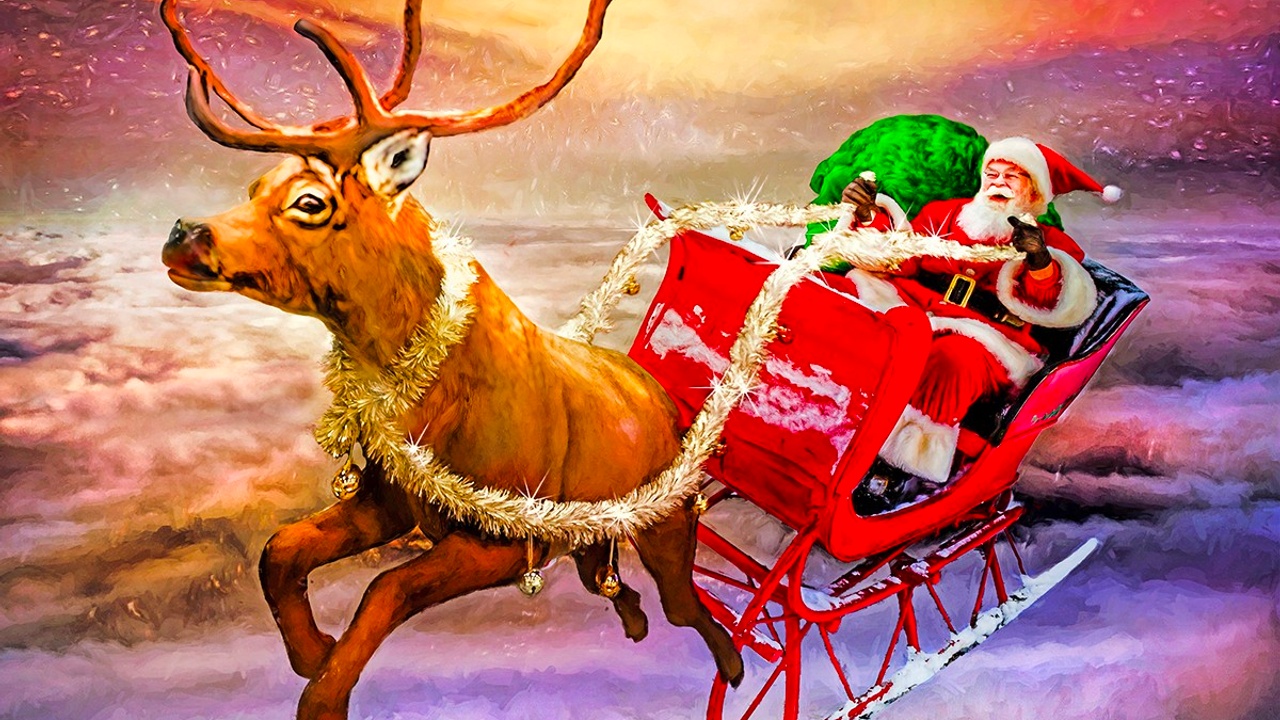 There are few characters who are in the psyche of males and females of all ages more than Santas Clause. He is etched in our minds from childhood and not just from the marketing of retailers, but also in stories told and handed down within families.

Santa goes back hundreds of years and is connected to real historical people. He is said to be the embodiment of Saint Nicholas, who was one of the most giving and kind people of all time.

Born March 15, 270 AD, Saint Nicholas was the Christian bishop of Myra. Due to the many miracles left in his wake, he unknowingly was adorned with the name of wonderworker. 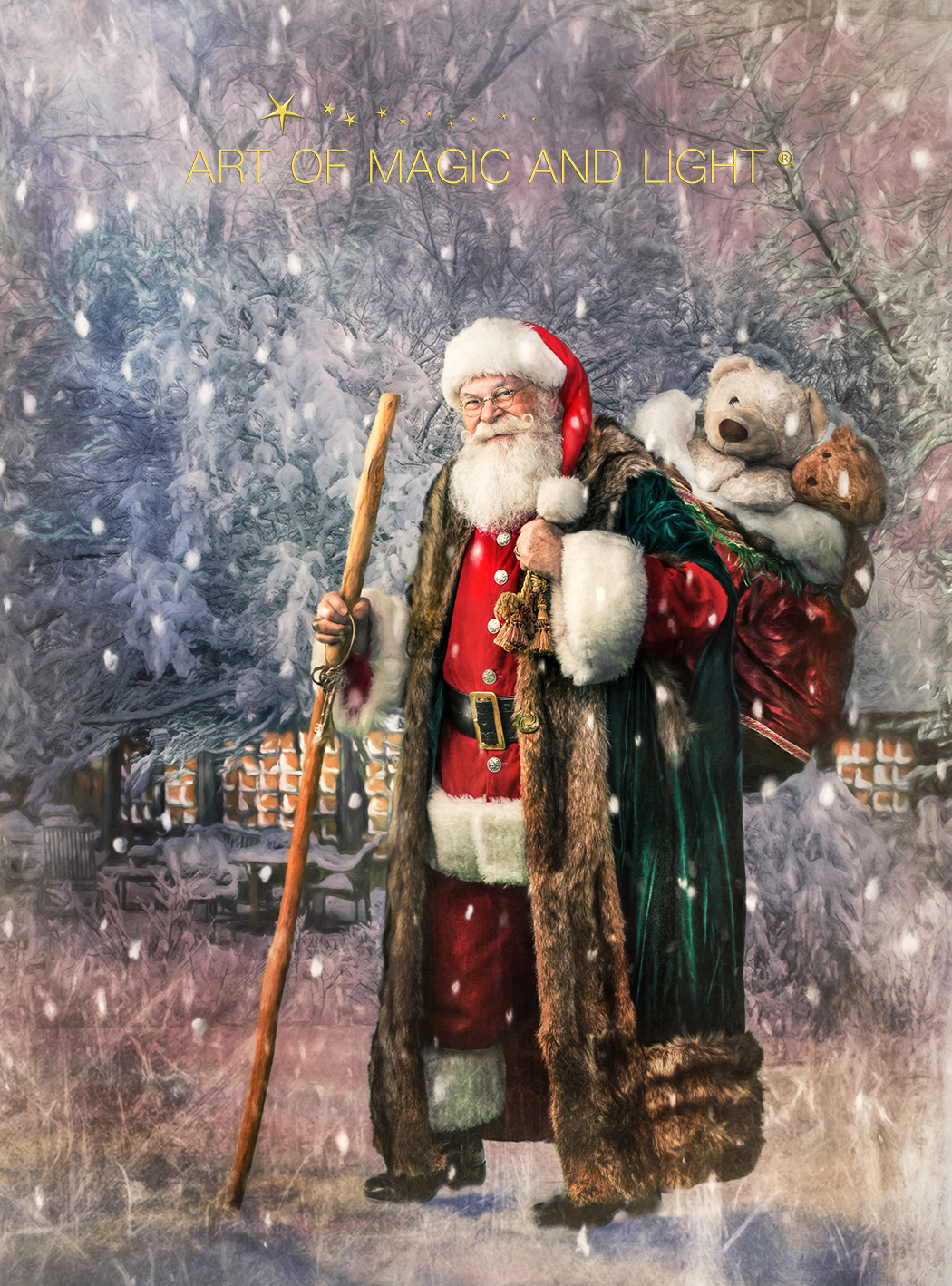 Although Saint Nicholas was credited with many miracles, his deeds that have become part of legend stem from his kind heart, acts of kindness and giving. Nicholas was born into wealth, however over a prolonged period of time, he continued to give his wealth away to the poor. As with Santa Claus, Saint Nicholas always strove to keep secret his good deeds.

Throughout Europe Saint Nicholas would be renamed and brought back to life in his honor. Different and unusual names were given to characters connected to the spirit of Saint Nicholas. Names began to emerge such as Pere Noel in France, Father Christmas in England and Christkind in Germany.

How Santa Claus gained the spirit of Saint Nicholas

The legend of the figure of Saint Nicholas crossed the ocean to land in the young United States. Here he would first be called Kris Kringle. It was early Dutch settlers in the USA who took the name Kris Kringle and Saint Nicholas and created Sinterklaas, who we now know as the folklore character of giving, Santa Claus.

Many writers and poets embraced the stories and connection between Saint Nicholas and Santa Claus. In the 1800’s  Dr. Clement Clarke Moore wrote A Visit from St. Nicholas or  T’was the Night Before Christmas for his children. Some believe it was written by Henry Livingston Jr.

In this famed poem is the first reference to eight reindeer with names. Since this time Santa and his reindeer have become cemented in legend and folklore. The song Rudolph the Red Nosed Reindeer would become a major Christmas hit song in 1949. It is just as popular to listeners today.

Charles Dickens, who was inspired by the great American Christmas writer Washington Irving, penned the classic A Christmas Carol. In the history of New York few meetings of two writers were more prolific. The two writers helped to pave the way for a myriad of Christmas tales and folklore. 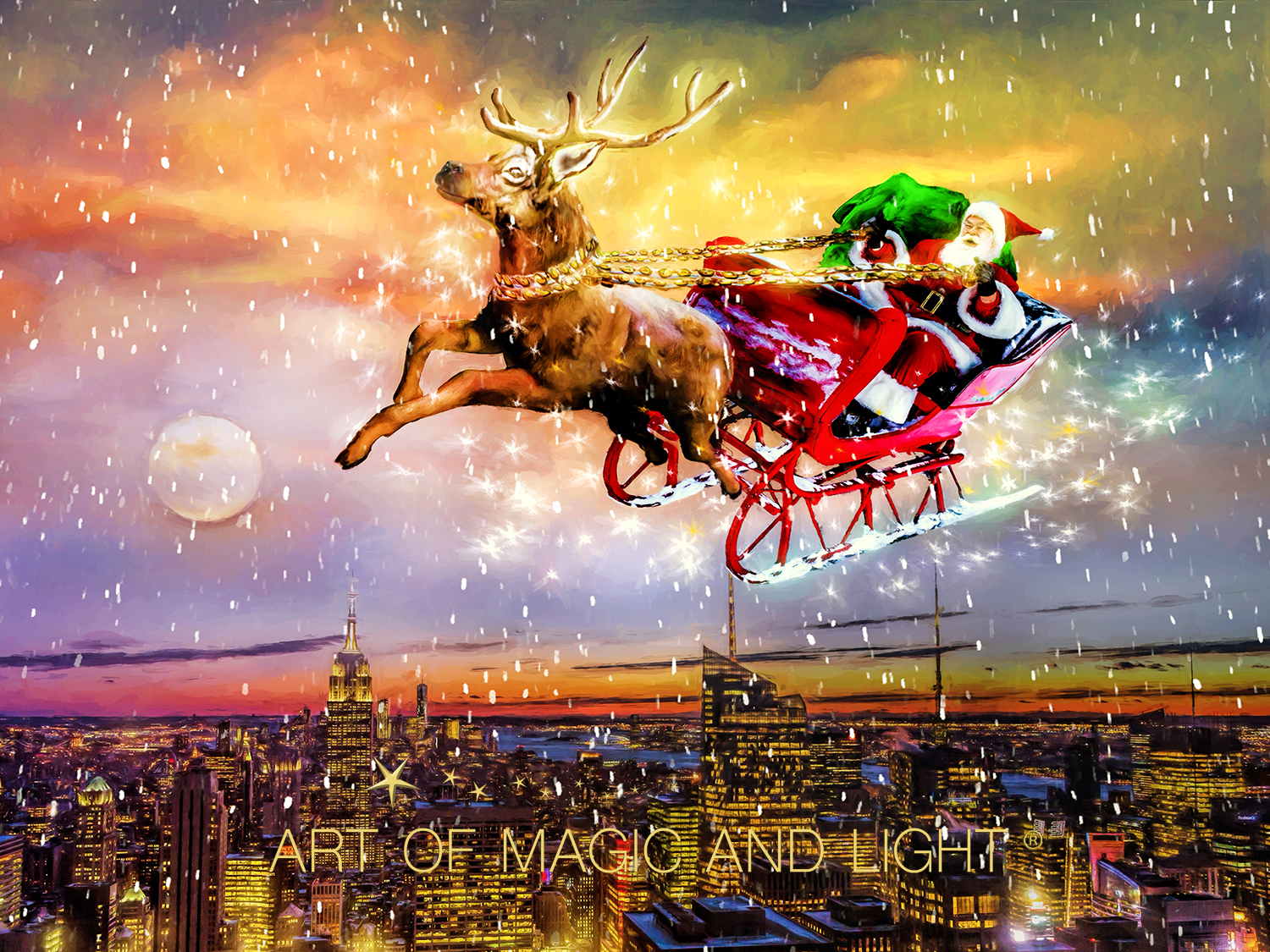 Christmas Eve and other cultures

There are countless worldwide translations and versions of the name Santa Claus. It is fascinating to comprehend that no matter the culture (with some exceptions) or what Santa is called, folklore is consistent that his journey coincides with Christmas Eve.

In some cultures such as Poland, Santa Claus comes on two occasions. The first is December 6th, which is Santa’s “Name Day”. This is an important day as all Polish people have their own Name Day. In keeping with the global tradition, Santa Claus comes again on Christmas Eve.

In the USA and Canada, there are many Christmas family traditions. Trimming the Christmas tree, exchanging gifts and backing colorful cookies are just a few of the popular Christmas traditions. Singing yuletide Christmas carols, during the holiday season, may seem normal to you, however in other countries traditions can be just as enjoyable yet very different. 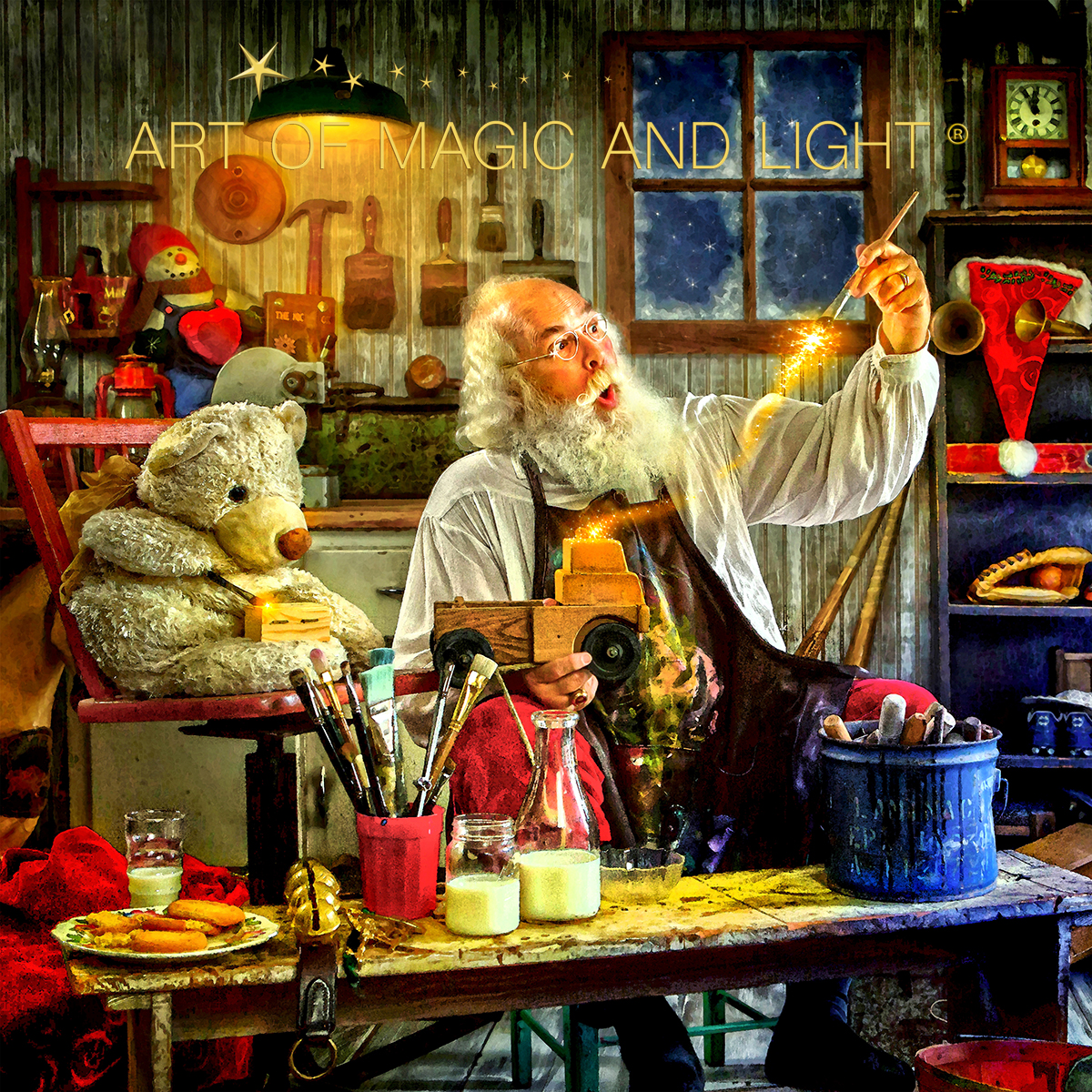 Christmas is not reserved for any one country. It is for all who believe in the spirit of Christmas and many traditions have developed of time.

From Kentucky Fried Chicken for your Christmas dinner in Japan, to a rotten potato mischievously left in the shoes of naught children in Iceland, there are many unusual Christmas traditions that you may not know of.

The polar plunge into icy waters in Finland is a chilling tradition for those of you who love extremes. In Sweden, watching Donald Duck on television is a yuletide favorite.

In Poland, families traditionally gather on December 24 for a twelve course meal with carp (fish) as the main dish. This will be done with the sharing of “Oplatek”, a Polish thin Holy bread that symbolizes thankfulness, good wishes, peace and love.

In Poland they also put hay under a white tablecloth for good luck. Children cannot open gifts from under the tree until they the first star in the sky appears. On cloudy nights, kind parents come to the rescue. After gifts are opened on the eve of December 24, families go to midnight mass to sing and see the Nativity scene of the birth of Christ.

Christmas in the Netherlands begins early as Sinterklass, or Saint Nicholas makes his appearance by boat on the last Saturday of November. He travels the country by carriage and children leave a shoe out for him with a carrot for his horse. 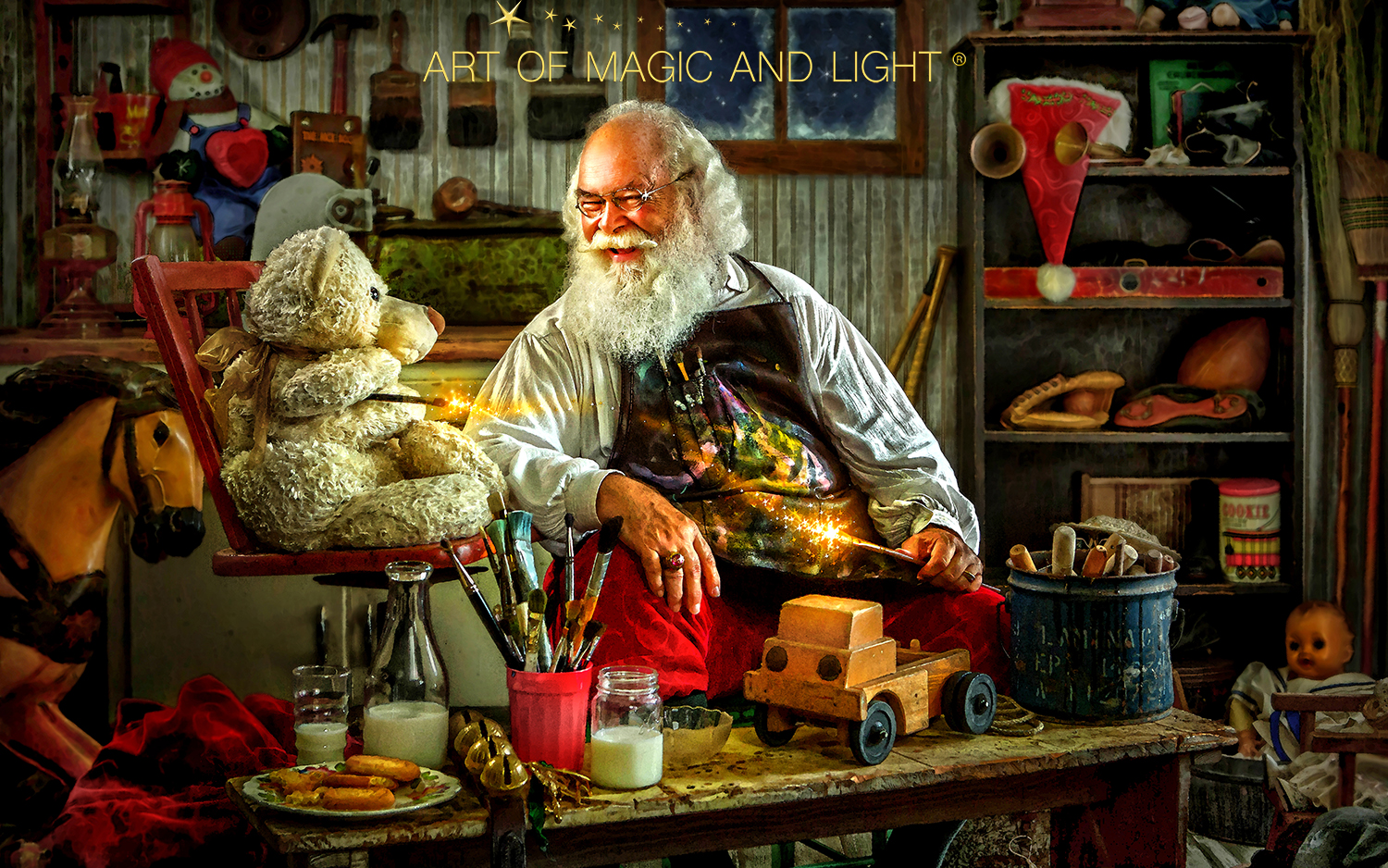 Why is Folklore so important to a photographer?

Understanding the powerful nature of Folklore takes some understanding of societies and people. Traditions can knit people together and offer a sense of belonging.

Santa is one of the rare global threads as the stories and character transcend cultural traditions. This is a rarity in today’s world of diverse cultures. Any thread that touches all people’s inner child is more than a tradition; it is a soulful connection.

When such a Character exists and gives a photographer or artist the ability to tell the story of Santa and his giving ways to children visually, it creates a platform for nostalgic creation.

Each year there is a new crop of children and each year a photographer has a new story to be told. It is the job of the artist/photographer to tell this story not only in a visual way but also but in a book format. 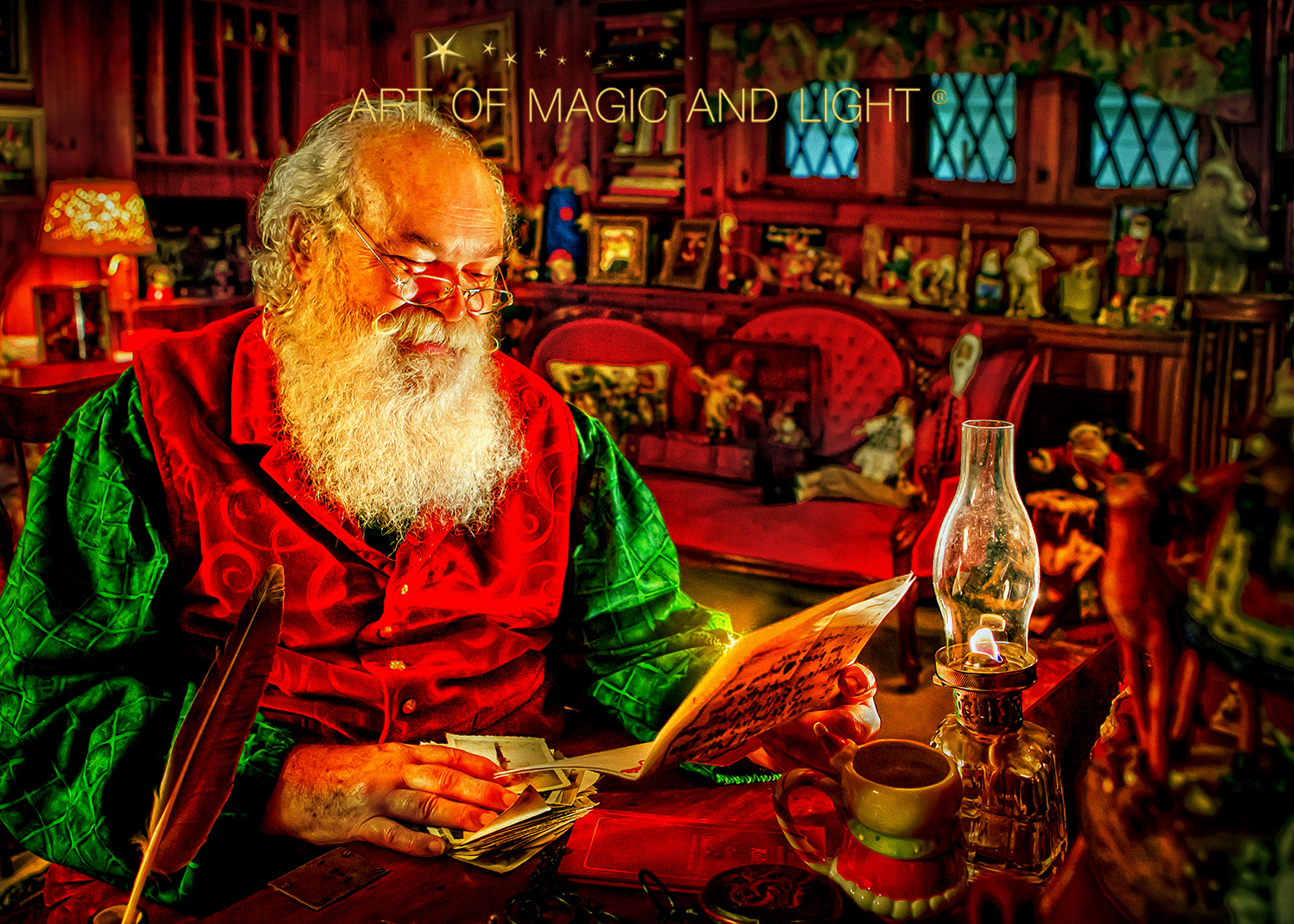 The fact that Santa is a character that goes back in history and is part of global traditions, only solidifies the pre-marketed nature of Santa. He is loved and everything he stands for is about kindness and giving. There is so much to share and create and it will be well received by the general public. The more nostalgic and elegant the art, the more it will connect with the inner child of the adult.

If you are not creating with the most famous character in folklore, you are missing out as a business and a photographer. Just keep it elegant and majestic. Do not go down the goofy or clown-like artwork look, unless you want to sell quick Santa Pics.

That is not for me. I will stay elegant and create majestic art that tells the tale of Santa with all of the wonderful nuances of love, kindness and of course magic.

How to Price Your Artwork
CHOOSE TO BE A PHOTOGRAPHIC STORYTELLER AND STAND OUT IN YOUR COMMUNITY
photographic storytelling
Modern Photography can still be Nostalgic.
modern santa photography
Close